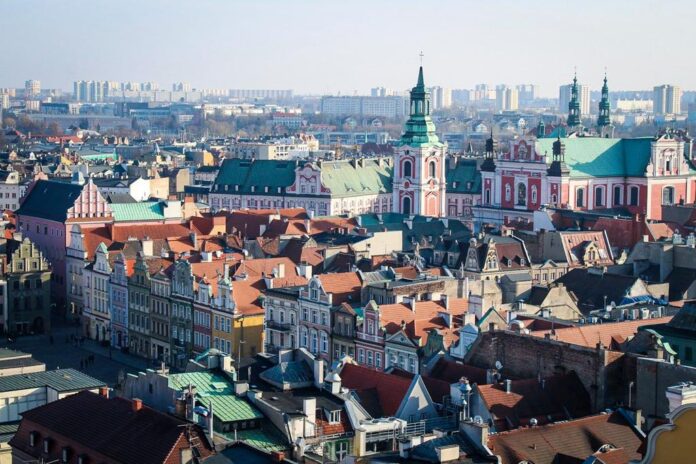 Colourful buildings and a magnificent square. Monumental architecture and historic churches. Mix this with thriving city life, trendy cafes and good restaurants. Big enough for several days, and small enough for a short weekend. Poland’s fifth-largest city has it all. A modern city with proud traditions that embraces the future. Read on for some great things to do in Poznan.

While most travellers seem to visit more known Polish cities like Krakow, Warsaw or Gdansk, Poland also has several other great cities to visit. With more direct flights opening from different cities around Europe, Poznan has put itself on the travel map. And rightfully so!

A city trip can be filled with so much and, one has to prioritise on what to see and do. When we go for a city break, we always like a combination of historical sights, good food, street art, castles and churches, trendy cafes and the good life. In Poznan, we found it all. Read on to see 6 things do in Poznan on a short weekend.

Poznan before and now

Poznan with a population of around 540.000 people, is located in the western region of Wielkopolska, meaning Greater Poland. As one of the oldest cities in Poland, it has a history going back centuries. Here is where the Polish state first was founded in the Middle Ages. In contrast, modern-day Poznan is a lively city with great nightlife, good shopping and numerous good restaurants, bars and cafes. Due to a large student population, Poznan is thriving, and the cultural offers are many.

6 things to do in Poznan

Poznan Stare Miasto, the Old Town, is the historic heart and the centermost neighbourhood of Poznan. This lively part of the city, with narrow streets and lanes leading to the centrepiece of the Old Town; the magnificent Stary Rynek (Old Market Square). Exploring the old town is one of the most rewarding things to do in Poznan, and one can easily spend days on end here.

Since its foundation, in 1253, the market square has been the showcase of Poznan’s glory. On each side of the market square, there are rows of colourful and impressive buildings, with many beautifully decorated facades. Today many of these buildings houses restaurant, cafes and bars.

The Renaissance town hall was the seat of the local government until 1939. Today it houses a museum worth checking out. What instantly attracts the attention towards the townhall is its 61m-high tower. Two metal goats appear every day at noon through some small doors before they cling their horns together 12 times.

Don’t miss the Fish Sellers’ Houses, in the colourful row next to the town hall. Originally these houses were built in the 16th century and later rebuilt after damages during WWII.

TIP: Read our post about the best things to do in Weimar, Germany, which also has a beautiful old town

On an island of the River Warta is where Poznan was founded, and with this also the Polish state. Ostrów Tumski, the Catherdral Island, is one of Poland’s official national Historic Monuments. It is the oldest part of the city (even it belongs to the district of Nowe Miasto – New Town).

The main sight is the double-towered Poznan Cathedral or Archcathedral Basilica of St. Peter and St. Paul. One of the oldest cathedrals in Poland dating from the 10th century it is an impressive sight. It was damaged in 1945 and, later rebuilt again over 11 years. It is an actively working church with services taking place regularly.

In addition to the cathedral, there are also some other buildings on the island. The Archdiocesan Museum is in an old school, The Lubrański Academy building.

It is easy to get to Cathedral Island. From the old town, it’s only a short walk to get there.

Suggestion for a detour:

From the cathedral, continue over the bridge to the neighbourhood of Śródka. It’s only a few steps away. In this historic neighbourhood, you will find churches, squares, nice cafes, restaurants and cool street art. The area is not very large. It is easy to explore. The atmosphere here is much more relaxed than in the more busy city centre.

Just a few blocks south of the Rynek is Poznan Fara or the Parish Church. For us, a visit here is one of the best things to do in Poznan. This Roman Catholic basilica is one of the landmarks in the city. Built between 1651 and 1701, it’s truly an impressive church. The facade is beautiful, and the interiors are stunning. The Parish Church is maybe the most beautiful in Poznan.

The church is part of a large complex built by the Jesuits. In addition to the church, there is an old monastery and a Jesuits College. There is a beautiful garden on the backside of the church and the other buildings. Today the complex houses the local government and the City Hall of Poznan.

After seeing the church and the Jesuits’ College, you might need a rest and some refreshments. In the same building Cafe Misja is serving good coffee and delicious cakes in a historical but modern environment.

4.Enjoy the view from Poznan Castle

The Royal Castle of Poznan isn’t the most impressive of castles, but it’s still worth to visit. Most of all, for the stunning views from its tower. Poznan castle, located on Góra Zamkowa (Castle Mountain) was heavily destroyed during WWII, and later it has been partly rebuilt.

Today the building houses the Museum of Applied Arts, showing furniture, gold and silverware, ceramics and weapons. Included in your ticket is the entry to the tower and its viewing platform. From up there you will be rewarded with the most amazing views over Poznan, and especially over the Old Town.

TIP: Read our post about Schwerin Castle – one of Germany’s most beautiful castles

While travelling, one should always try the local cuisine. Food is such a big part of local culture and tradition. Those who don’t try local food miss out on something essential.

One of the national dishes in Poland is Polish dumplings, Pierogi. Made of dough wrapped around different fillings such as potato, sauerkraut, meat, cheese, nuts or fruits, this is as traditional food as it can get. The Pierogi are boiled (or steamed), or fried. Sometimes they are served with a sauce or topping such as melted butter, sour cream or fried onion. You can have them as a starter, main dish or the sweet ones for dessert. Should you love trying local food, add eating Pierogis on your list over things to do in Poznan.

Many of the restaurants in Poznan serves Pierogis. Some places even specialize in making them, so it’s easy to find a place to try it.

6.Sip a beer at the main square

The square can be busy and touristy. But it is also a perfect spot to sip a cold beer or to enjoy another drink you prefer. Not only because of its beautiful architecture and colourful houses but also because it is the best place to watch people and everything that’s happening around. Many street performers show off their skills here during the weekends. Several of the restaurants and bars at the square also have outdoor seating. Even in February during our last visit, it was possible to sit outside. Some places also have heating lamps and provide blankets. The square is more pricey than other parts of the city, but Poland is still very affordable.

TIP: Read our post about the best beer gardens in Berlin

Plan your trip: How to get to Poznan and around

Located only 7km west of the city centre, Poznan Airport is easily accessible. Bus lines 159 and 148 take you to the city in about 20-30 minutes. Purchase your ticket in the newspaper stand, from the ticket booth or at the vending machines. A taxi from the airport takes around 20-30 minutes as well.

Poznan is a busy train hub, and you can arrive from most parts of Poland or Germany. Taking the bus is possible from many Polish cities, and also from e.g. Berlin or Prague. The train and bus station is located just outside the city centre, but within walking distance to the main square. Check e.g. bahn.de or flixbus for information about trains and buses.

Poznan is very walkable, as the city centre is not too big. All places described here are within walking distance. Furthermore, the city is well connected by public transport with buses and trams.

Best Wroclaw Things To Do – Beautiful City Break In Poland 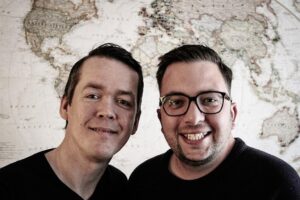